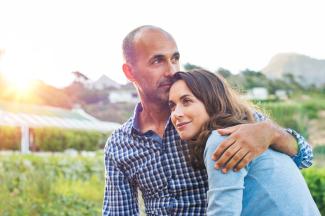 The End of File & Suspend for Married Couples

The file-and-suspend claiming strategy will soon be eliminated for married couples. It will be phased out within six months after the budget bill is signed into law by President Obama. The restricted application claiming tactic that has been so useful for divorcees will also sunset.2

Until the phase-out period ends, couples can still file and suspend. The bottom line here is simply stated: if you have reached full retirement age (FRA) or will reach FRA in the next six months, your chance to file and suspend for full spousal benefits disappears in Spring of 2016.3

Spouses and children who currently get Social Security benefits based on the work record of a husband, wife, or parent who filed-and-suspended will still be able to receive those benefits.3

How exactly did the new federal budget deal get rid of these two claiming strategies? It made substantial revisions to Social Security’s rulebook.

One, “deemed filing” will only be allowed after an individual’s full retirement age. Previously, it only applied before a person reached FRA. That effectively removes the restricted application claiming strategy, in which an individual could file for spousal benefits only at FRA while their own retirement benefit kept increasing.2

The restricted application claiming strategy will not disappear for everyone, however, because the language of the budget bill allows some seniors grandfather rights. Individuals who will be 62 or older as of December 31, 2015 will still have the option to file a restricted application for spousal benefits when they reach Full Retirement Age (FRA) during the next four years.2

Widows and widowers can breathe a sigh of relief here, because deemed filing has no bearing on Social Security survivor benefits. A widowed person may still file a restricted application for survivor benefits while their own benefit accumulates delayed retirement credits.2

Two, the file-and-suspend option will soon only apply for individuals. A person will still be allowed to file for Social Security benefits and voluntarily suspend them to amass delayed retirement credits until age 70. This was actually the original definition of file-and-suspend.2

No more. The new law says that beginning six months from now, no one may receive benefits based on anyone else’s work history while their own benefits are suspended. In addition, no one may “unsuspend” their suspended Social Security benefits to get a lump sum payment.2

To some lawmakers, file-and-suspend amounted to exploiting a loophole. Retirees disagreed, and a kind of cottage industry evolved around the strategy with articles, books, and seminars showing seniors how to generate larger retirement benefits. It was too good to last, perhaps. The White House has wanted to end the file-and-suspend option since 2014, when even Alicia Munnell, the director of the Center for Retirement Research at Boston College, wrote that “eliminating this option is an easy call...when to claim Social Security shouldn’t be a question of gamesmanship for those with the resources to figure out clever claiming strategies.”4

Gamesmanship or not, the employment of those strategies could make a significant financial difference for spouses. Lawrence Kotlikoff, the economist and PBS NewsHour columnist who has been a huge advocate of file-and-suspend, estimates that their absence could cause a middle-class retired couple to leave as much as $70,000 in Social Security income on the table.3

What should you do now? If you have been counting on using file-and-suspend or a restricted application strategy, it is time to review and maybe even reassess your retirement plan. Talk with a financial professional to discern how this affects your retirement planning picture.

This material was prepared by MarketingPro, Inc., and does not necessarily represent the views of the presenting party, nor their affiliates. This information has been derived from sources believed to be accurate. Please note - investing involves risk, and past performance is no guarantee of future results. The publisher is not engaged in rendering legal, accounting or other professional services. If assistance is needed, the reader is advised to engage the services of a competent professional. This information should not be construed as investment, tax or legal advice and may not be relied on for the purpose of avoiding any Federal tax penalty. This is neither a solicitation nor recommendation to purchase or sell any investment or insurance product or service, and should not be relied upon as such. All indices are unmanaged and are not illustrative of any particular investment.